I recently read an article in Inc. Magazine’s September 2013 issue entitled “The Psychological Price of Entrepreneurship” written by Jessica Bruder.  It’s a great article discussing the dark side of being an entrepreneur. . . . the side that nobody really wants to talk about.  Sure, being an entrepreneur is great when things are going smoothly, “wins” are happening on a regular basis, money is pouring through the door and the red carpet of success is rolled out in front of you.  That’s the fun stuff to talk about and the image everyone wants to portray. 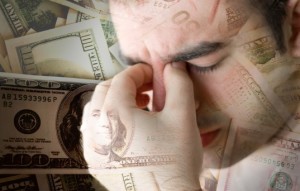 What needs to be discussed is the not so fun parts of owning a business . . . the huge risks, the constant anxiety, the middle of the night worries about making it all work, the ever present reality that 95% of all businesses fail within their first 5 years.  We need to be talking about the fact that entrepreneurs and business owners are more vulnerable to depression and anxiety than the average population because the qualities that drive them to greatness are the same qualities that can consume and destroy them.  Even really successful entrepreneurs are prone to periods of depression and bouts of anxiety.  Recent suicides of two young, successful entrepreneurs illustrated that point all too well.

So many members of our community struggle with these issues every day and they suffer in silence.  They suffer in silence because they are embarrassed and ashamed.  They were taught to “fake it until you make it”, “it’s better to look good than to feel good” and that image is everything.  So they maintain the image of success at all cost.

They suffer in silence because they like to be in control.    That’s one of the reasons they went into business in the first place, so they would have control over their life, their money and their future.  Asking for help means making themselves vulnerable and giving up some control.

I think it’s time to start a new discussion about the joys and struggles of owning a business so that people don’t have to suffer in silence.  I’d love to hear what you have to say, please add your comments below.