A client sent me a story that I want to share with you.  It’s a little long, but well worth the read.

There was a man who had given much thought to what he wanted from life.  After trying many things, succeeding at some and failing at others, he finally decided what he wanted.

Eager to take advantage of this open pathway, the man started on his journey.  With each step, he moved faster and faster.  Each time he thought about his goal, his heart beat quicker; and with each vision of what lay ahead, he found renewed vigor.

As he hurried along, he came to a bridge that crossed through the middle of a town.  The bridge spanned high above a dangerous river.

After starting across the bridge, he noticed someone coming from the opposite direction.  The stranger seemed to be coming toward him to greet him.  As the stranger grew closer, the man could discern that they didn’t know each other, but yet they looked amazingly similar.  They were even dressed alike.  The only difference was that the stranger had a rope wrapped many times around his waist.  If stretched out, the rope would reach a length of perhaps thirty feet.

The stranger began to unwrap the rope as he walked.  Just as the two men were about to meet, the stranger said, “Pardon me, would you be so kind as to hold the end of the rope for me?”

The man agreed without a thought, reached out, and took it.

“Thank you,” said the stranger.  He then added, “Two hands now, and remember, hold tight.”  At that point, the stranger jumped off the bridge.

The man on the bridge abruptly felt a strong pull from the now-extended rope.  He automatically held tight and was almost dragged over the side of the bridge.

“What are you trying to do?” he shouted to the stranger below.

This is ridiculous, the man thought.  He began trying to haul the other man in.  Yet it was just beyond his strength to bring the other back to safety.

Again he yelled over the edge, “Why did you do this?”

“But I cannot pull you up,” the man cried.

“I am your responsibility,” said the other.

“If you let go, I am lost,” repeated the stranger.

The man began to look around for help.  No one was within sight. 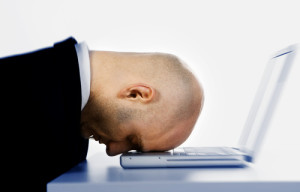 He began to think about his predicament.  Here he was eagerly pursuing a unique opportunity, and now he was being sidetracked for who knows how long.

Maybe I can tie the rope somewhere, he thought.  He examined the bridge carefully, but there was no way to get rid of his newfound burden.

So he again yelled over the edge, “What do you want?”

“Just your help,” came the answer.

“How can I help you?  I cannot pull you in, and there is no place to tie the rope while I find someone else who could help you.”

“Just keep hanging on,” replied the dangling man.  “That will be enough.”

Fearing that his arms could not hold out much longer, he tied the rope around his waist.

“Why did you do this?” he asked again.  “Don’t you see what you have done?  What possible purpose could you have in mind?”

“Just remember,” said the other, “my life is in your hands.”

Now the man was perplexed.  He reasoned within himself, If I let go, all my life I will know that I let this other man die.  If I stay, I risk losing my momentum toward my own long-sought-after salvation.  Either way this will haunt me forever.

As time went by, still no one came.  The man became keenly aware that it was  almost too late to resume his journey.  If he didn’t leave immediately, he wouldn’t arrive in time.

Finally, he devised a plan.  “Listen,” he explained to the man hanging below , “I think I know how to save you.”  He mapped out the idea.  The stranger could climb back up by wrapping the rope around him.  Loop by loop, the rope would become shorter.

But the dangling man had no interest in the idea.

“I don’t think I can hang on much longer,” warned the man on the bridge.

Suddenly a new idea struck the man on the bridge.  It was different and even alien to his normal way of thinking.  “I want you to listen carefully,” he said, “because I mean what I am about to say.”

The dangling man indicated he was listening.

“What do you mean?” the other asked, afraid.

“I mean, simply, it’s up to you.  You decide which way this ends.  I will become the counterweight.  You do the pulling and bring yourself up.  I will even tug some from here.”

He unwound the rope from around his waist and braced himself to be a counterweight.  He was ready to help as soon as the dangling man began to act.

“You cannot mean what you say,” the other shrieked.  “You would not be so selfish.  I am your responsibility.  What could be so important that you would let someone die?  Do not do this to me.”

After a long pause, the man on the bridge at last uttered slowly, “I accept your choice.”  In voicing these words, he freed his hands and continued his journey over the bridge.

How are you holding yourself hostage and sabotaging your efforts to live your dream?

I love to hear your thoughts on this story.  Please share them below.