Are you Making Wishes or Setting Goals?

Home/Growth and Development/Are you Making Wishes or Setting Goals?
Previous Next

Are you Making Wishes or Setting Goals? 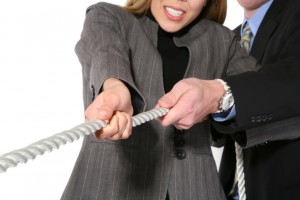 I was recently talking with a friend and colleague of mine.  We were talking about how there are some people who say they want one thing, but the behaviors and actions being taken say something completely different.  This is where my years of experience with human behavior and my gift of seeing underlying patterns that sabotage success come in handy.

Being incongruent between stated goals and actions taken is very common for people.  When it shows up in your business, it can have devastating consequences.  Let me ask you a question . . . How many times have you set a goal or said something was really, really important but not taken ANY steps toward achieving it or, worse still, taken action that will sabotage you reaching that goal?

Before you say “I never do that”, let’s look at some concrete examples. . . .

Any of those sound familiar?  If you are honest, at least one of them rings true for you.  I know I have done several of these at one point or another.  So why would we sabotage ourselves from getting what we say we want?  Well, there are many reasons, so for now (unless you want to be reading for the next hour or two) I’ll briefly cover 3 of the most common reasons you get in your own way.

1.  You don’t want it bad enough to make the decision to have it.  Making the decision to have it means doing the things you need to do to get it.  Those things often involve giving up something to get something better in return (giving up TV time or sleeping an extra hour in the morning instead of making time for exercise).  Since you haven’t made the decision, the desired thing is still in the “wish” or the “Gosh wouldn’t it be nice to have” category instead of being a goal.  This can be because the stated goal is something that someone else wants for you … you have stated the goal to please them or because it’s just not a big priority and where you want to focus your energy right now.  Until you make a decision, it’s a wish, not a goal.

2.  The goal that you have set is bigger than the story you have created for yourself.  We all create stories for ourselves about what we do and don’t deserve, what we can and can’t accomplish, who we are and are not.  We are conscious of part of the story and other parts are driven by our unconscious and out of our awareness.  If the goal or the steps you need to take are outside of what you think you deserve, what you think you can accomplish or who you think you are, then you will sabotage yourself from succeeding until you recognize your story and re-write it to allow for your goal.

3.  You are stuck in victim consciousness and aren’t ready to move out of it.  I know that sounds strange, but hear me out.  Victim consciousness is like quick sand.  It is sticky and can suck you down quickly if you let it.  When you are stuck, you often don’t know that you are stuck and wallowing (yes, I said wallowing).  Setting the goals gives the appearance of being ready to get unstuck, but often what happens is that every action you need to take to reach the goal has been previously tried and doesn’t work.  People give you suggestions on how you can reach your goal and there is always a “reason” that the suggestion won’t work . . . none of the suggestions will work.  That’s a major clue that you are stuck (and probably wallowing) in victim consciousness.  You can’t move forward until you get unstuck.

So, now it’s time to look at your goals (business and personal) and decide which ones you are ready to make a decision to have.  Which ones do you really want bad enough to do what it takes to do to have them?  Once you have selected those, let the others go for now.  You can revisit them later, after you have accomplished these goals.  Letting the others go will free up your energy and allow it to be congruent so you focus on achieving your real goals.

I’d love to hear your thoughts on this article.  Please share them below.